The holiday season is officially here.

Large crowds flocked to Uptown Roxboro Thursday night for the annual Jingle on Main to ring in the holiday season.

Many Uptown businesses stayed open late to serve the crowds.

The RCS Theater group held a key role in the tree lighting at Merritt Commons as they led the crowd in Christmas carols before the tree was lit.

Roxboro’s Distinguished Young Woman, Alexis Vernon was given the key role in the ceremony by having the responsibility of flipping the switch for the tree.

Particular highlights were the hay ride around the Person County Courthouse and the barrel train ride for kids down Main Street.

Of course, Santa made the trip to visit with the kids of Person County as he sat at the Piedmont Community College Small Business Center.

This year’s edition was the first coordinated by the Uptown Roxboro Group.

Clayton said from what she gathered speaking to visitors and businesses and saw on social media, the public enjoyed the event and businesses saw great sales numbers.

“Uptown Roxboro Group is really excited it was so successful,” Clayton said.

Clayton said she was happy with the way the event turned out and wanted to extend a thank you to the public for coming out.

She said all of the close parking lots filled for the event and estimated that turnout was similar to, if not more, than recent years.

Clayton said there would always be little things that could be improved from year to year, but one point of emphasis could be more giveaways next year.

This year, URG gave away candy canes, puzzles and paddle balls, but those offerings could expand.

“It just feels like Christmas when you have something to give away,” Clayton said.

“And who knows,” she said. “We may have some events pop up between now and then.” 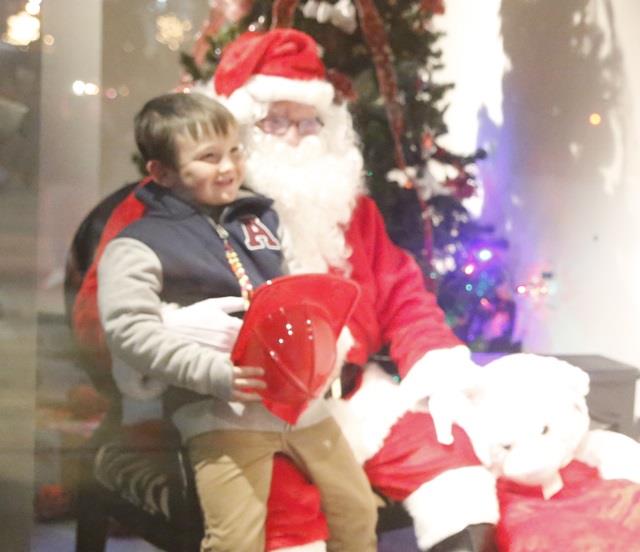