Walker spent the day traveling through District 6 which is made up of Alamance, Caswell, Chatham, Lee, Person, Randolph and Rockingham counties and part of Guilford County.

The Courier-Times was not allowed to sit in on the meeting between Walker, the Timmons Group and members of the EDC because ongoing negotiations with an economic development prospect were being discussed.

The Mega Park is currently constructing a waterline to the park that will provide up to 2.5 million gallons of water per day to the site. The waterline is expected to be completed around September or October. The county is also working on a regulatory environmental permitting process with the Army Corps of Engineers.

The Mega Park is located between two Duke Energy power plants, lending itself to use in the semiconductor, battery manufacturing and data center industries.

Person County Economic Development Director Sherry Wilborn’s portion of the presentation noted the park’s proximity to many colleges and universities, including Piedmont Community College’s advanced manufacturing programs, able to provide a skilled workforce to the park. North Carolina’s lowest corporate tax rate in the country was also emphasized in the presentation.

Walker expressed interest in getting a legislative delegation to tour the park.

“We can start working toward some kind of federal delegation to be exposed to this,” Walker said. “In fact, I’d be honored to do that. We’ll do what we can and we’ve had some success in that area – it’s like herding cats sometimes. It would be good to get others here to see that this is good for all of North Carolina.”

Walker praised the work of the EDC and local officials for their work on the park.

“It’s good to see how you guys have been able to work through the politics of this to be able to do what’s best for us as a county and what’s best for us as a region,” Walker said. “I think that’s a good example especially when it comes to economic development. It doesn’t mean we surrender these other things that are important to us – less government, more government and the positions that we hold – but, when it comes to something that impacts our state, that should be the one place we can lock arms and get something done.”

The Person County Mega Park is one of three megasites in District 6. 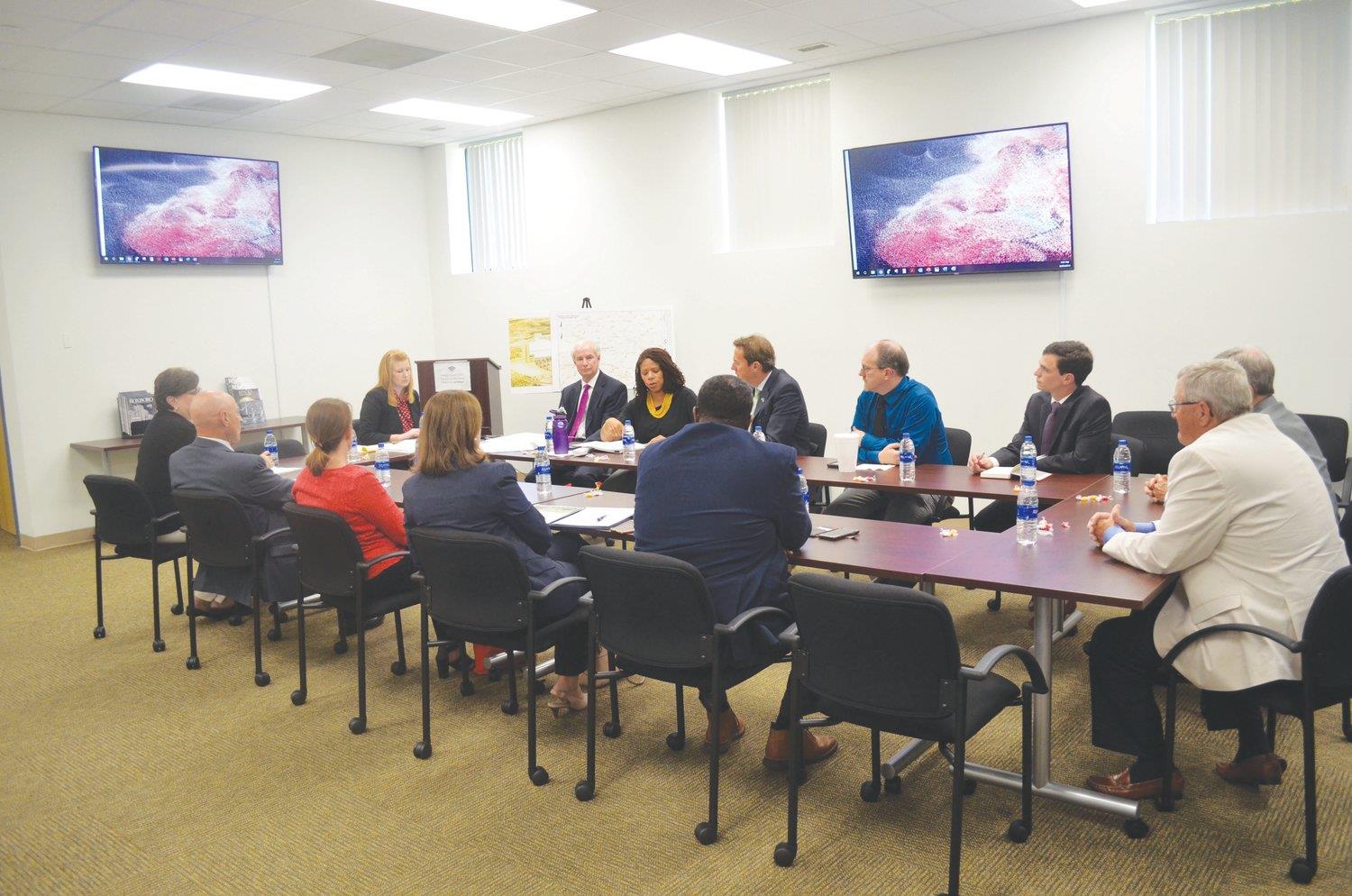 Train for a career as a BioWork Process Technician in 16 weeks at PCC Upcoming free Small Business seminars from PCC include: Effective Business Plan Writing, Content Marketing, and Facebook Shops