Piedmont Community College has released the names of students who were placed on various honor rolls for the Summer 2019 Semester.

Students qualified for the Dean’s List by attending PCC on a regular basis and maintaining a grade point average of 3.50 or better. Named to the Dean’s Lists were:
Kaleb Alexander Hix and William Long Thompson.

Questions about the PCC honor roll list should be directed to the Student Development Office in Building E on the Person County Campus or by calling (336) 322-2159. 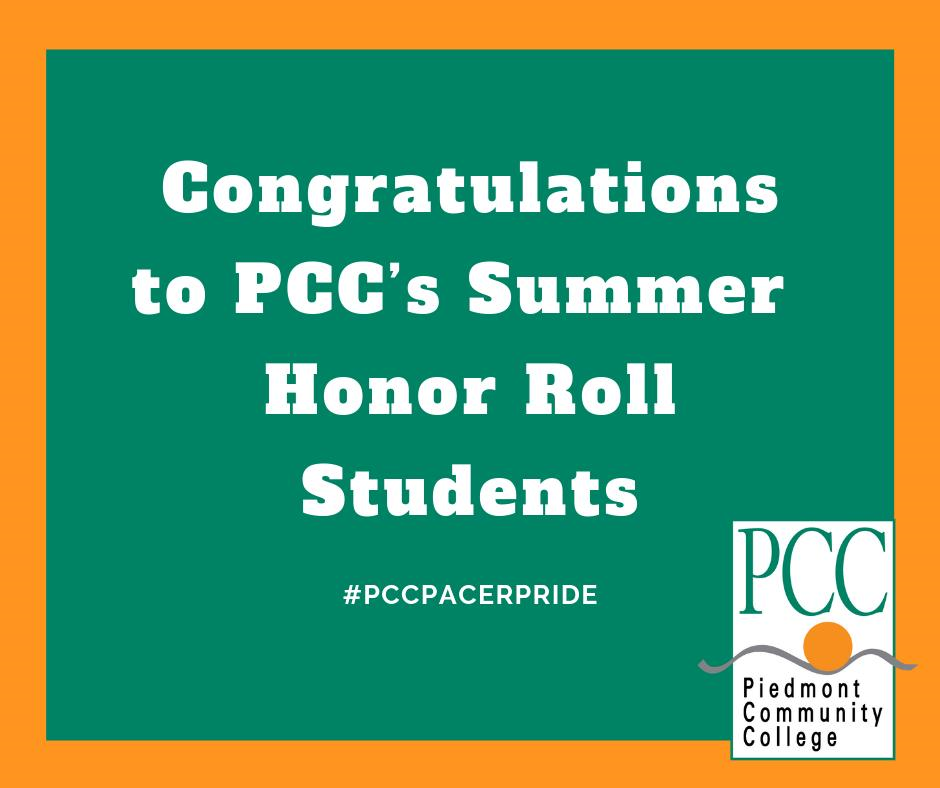