Piedmont Community College (PCC) has selected three Student Ambassadors for the 2019-2020 academic year. They are: Deanna Burch of Roxboro, Zachary Walker of Reidsville, and Jonathan Willis of Providence. Burch, Walker, and Willis will serve as official student representatives of the College at community and school functions. They will also aid as greeters, conduct tours, and assist in other ways at College events.

About Deanna Burch
Deanna Burch is returning to school to follow a dream of becoming a nurse. She previously graduated from the University of North Carolina-Greensboro (UNCG) and is currently a second year Associate Degree Nursing (ADN) student at PCC.

Active in her community, as well as her church, Lamberth Memorial, Deanna volunteers at the Ronald McDonald House and Christian Help Center. She is also a youth mission volunteer, and performs as her church organist and choir director.

With plans to work as a registered nurse in an emergency department, Deanna also hopes to earn her certified emergency nurse certification, and eventually a master’s degree, after completing the ADN program at PCC. Deanna’s nursing instructors have used the terms leadership, outstanding performance, able to communicate, natural enthusiasm, and positive attitude to describe this hardworking, non-traditional student when recommending her for the Ambassador position.

About Zachary Walker
A graduate of Bartlett Yancey High School, Zachary Walker has earned two certificates in PCC’s Criminal Justice Technology program and is now enrolled in the College’s Associate of Arts transfer program, with a goal of working in law enforcement as a career.

Zachary truly believes in PCC and feels right at home on the Caswell County Campus – as well he should, getting his start at the former Child Development Center when his mother was enrolled at PCC a number of years ago. Zachary returned to the College to take courses through the tuition free Career and College Promise program while in high school.

An instructor of Zachary’s shared, “What has impressed me the most about Zachary is his work ethic and determination to attain his goals through honest, hard work.”

About Johnathan Willis
Johnathan Willis is studying in the Associate in Arts program at PCC. As a graduate of Bartlett Yancey High School, he was familiar with the College and decided that his first step to becoming a History professor would be a degree from Piedmont Community College.

When asked why he was interested in the Student Ambassador position, Willis shared, “I want to give back to a college that has so greatly influenced me, my life, and has treated me so well. Since the very first day that I stepped upon this campus, I have been met by a wonderful group of professors and staff members who have treated me with a level of respect and kindness that remains unparalleled by any other institution.”

Jonathan also is looking for ways to continue to develop as a person. Many on campus believe that Jonathan has already grown in so many ways, noting his strong work ethic, integrity, and leadership skills. In fact, he has been seen as a role model to other students on the Caswell County Campus.

About the PCC Student Ambassador Program

PCC Ambassadors are an honorary group of students who have been nominated, interviewed, and selected by faculty and staff to represent the College. Students must maintain a 3.0 GPA and they are awarded a scholarship from the PCC Foundation. In 2014, the Jacqueline Hall Moore Student Ambassador endowment was established to help support future Ambassadors. If you are interested in donating to the Student Ambassador program, contact the PCC Foundation team at (336) 322-2102. 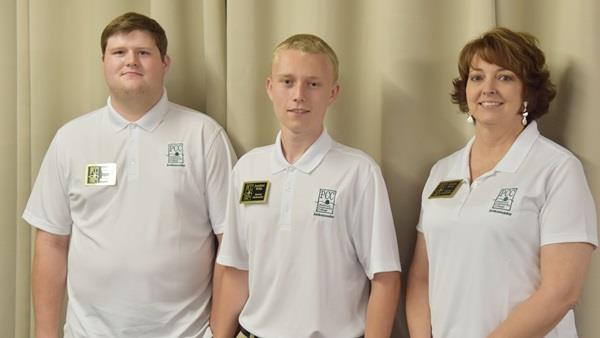