On the Monday, Feb. 18, the Caswell County Commissioners voted 6:1 in favor of proceeding with Pelham Industrial Park as the new site for Piedmont Community Colleges’ agriculture education center, a multi-million dollar facility.

According to Miller, grant proposals are due March 1 through the middle of March.

Two sites were in consideration, just under 80 acres in Pelham just off Old U.S. Highway 29 near the visitors center in the industrial park and in Yanceyville, located on County Home Road by Caswell Pines Golf Club.

Pelham Industrial Park has water and sewage lines already installed and applicable acreage already owned by the county and the Yanceyville site would first need to be purchased and then upgraded.

The tax impact of the Pelham site would be less than one cent and the Yanceyville site would be closer to three cents on the dollar.

The argument for Yanceyville is that it’s more centralized to the county and for Pelham, it’s essentially already paid for. The grant in question is a matching grant and the value of the land already owned would appease Caswell County’s $1.4M match requirement.

To answer previous feedback concerns of driving a further distance to Pelham as compared to Yanceyville, Piedmont Community College President Dr. Pamela Senegal presented a chart of travel times from each of the county’s volunteer fire departments to the Pelham site and from those departments to other schools that offer similar programs.

Not only was it found be up to 35 minutes closer, but also up to four times cheaper for tuition cost.

“The information that we received just last week from our recruiter identified 150 members of Future Farmers of America at Bartlett Yancey High School, not including those members who are a part of the homeschooling network, and we believe that a good number of them would enroll in this program,” said Senegal.

If the Commissioners were to pass on the opportunity, Piedmont Community College would invest in Person County instead, she said.

“Why should students have to leave the county to pursue a career that they’re interested in pursuing and why should they have to pursue it at a substantially higher price?” said Senegal.

In addition to community college courses, the site could be used for conferencing, startup incubators, hiking trails, and even as a packaging facility for farmers.

Commissioner Bill Carter said, “I know a lot of people travel 29 out of Virginia to Greensboro and having a farmer’s market there would probably get good traffic.”

Former Commissioner David Gwynn said he was on the board when the county first purchased the land in Pelham and they did their due diligence on its inspection. He said it isn’t rocky as some have suggested and is indeed suitable for agriculture as it was once a tobacco farm. The land was originally purchased for economic development and he approved of the agricultural education center being located there.

Alvin Foster said, “I am the mayor of the Town of Yanceyville. I am also the chairman of the Caswell County Economic Development Commission. We, the commission, are in support of this project and in support of the Pelham location. As a mayor, Yanceyville is my primary concern, but as chairman, we have to look at the big picture. For too long, we (Yanceyville) have been too possessive of resources in this county. Yes, I would love to have everything I can get in the Town of Yanceyville, but this site belongs in Pelham because of the plans they have for the interstate down 29 in the 2020s. That means tourism, economic development, and a pipeline of activity channeling down. A component of this will stay in Yanceyville and that is Piedmont Community College. The Yanceyville Town Council supports this project in Pelham, because it makes sense for our county. We will work together. We won’t be possessive and say, ‘We want it here and nowhere else.’ And we need to support Piedmont Community College, they are our community college. They could have very well taken their investments to Person County, but they have invested in us, Yanceyville and the whole County of Caswell.”

Commissioner Jeremiah Jefferies said he’s not against the agriculture education center, but he wanted more time to look for sites that may be cheaper while also closer to existing agriculture activity to the eastern side of the county. He motioned to postpone the vote to take time to visit Mt. Olive Agribusiness Center and look at their programs. Commissioner Nate Hall seconded the motion, yet it was voted down 5:2.

Commissioner Steve Oestreicher motioned to begin the process to accept Pelham as the eventual agriculture education site, which was approved 6:1, with Jefferies being the dissenting vote. 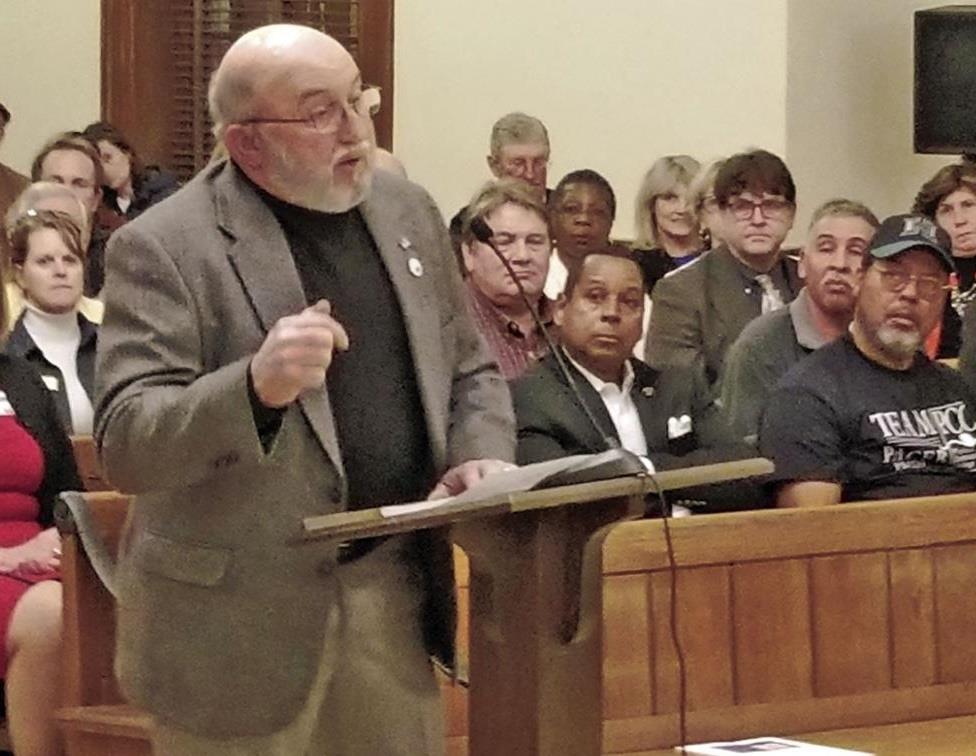 Into the Woods, Jr. – Summer Theater