Because Terry Richmond Jr. suffered from a nearly fatal car accident, he started his collegiate career at the University of Phoenix Online. At the time, his physical condition required him to take classes from home, and this was his best option.

Upon his arrival to Caswell County, Terry watched his brother leave for East Carolina University, and his mother on the road to graduating from Winston Salem State University. In his heart, Terry knew that he had always had strong college aspirations, but after high school he did a lot of “existing”, and not enough “living”.

That is when he stumbled upon PCC! He saw a light at the end of the tunnel, and something told him to follow that path.

Terry says, “PCC has not only increased my level of intelligence, but has also vastly matured me as a man.” PCC has instilled countless positive traits unto Terry and he is very involved with the College.

As a member of the Minority Male Mentoring club, and an active member of the TRIO program, Terry hopes leave his mark on PCC to inspire and motivate students that anything is possible if you believe in yourself and put in maximum effort.

Upon graduation, Terry hopes to use his personal experiences as a young man to inspire troubled youth in generations to come! By the way, everyone wish him a Happy Birthday!

Remember, as soon as you successfully complete ONE class at PCC, you are officially alumni! Visit www.piedmontcc.edu/alumni to learn all about becoming an official member of the Alumni Partnership at PCC! 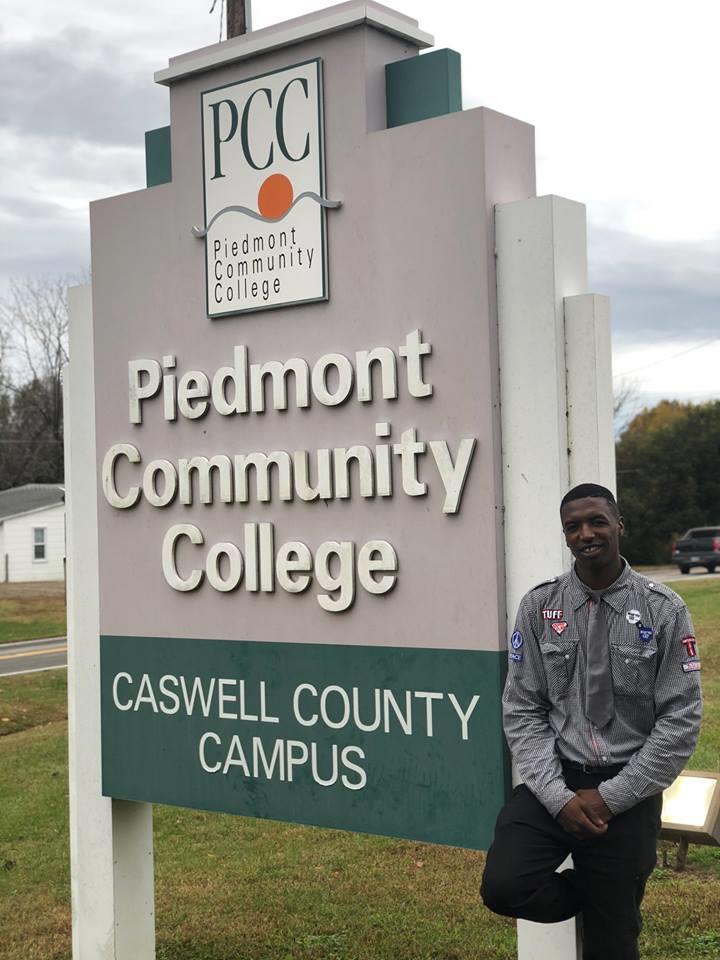 PCC to offer Notary Public class PCC open late to accommodate for spring registration; students who pay before December 7 will be entered into drawing sponsored