PCC students recognized for leadership and academics at 2018 Honors Convocation

Students were recognized for their outstanding efforts made in the community and in the classroom at Piedmont Community College (PCC) during the College’s 2018 Honors Convocation ceremony held Thursday, April 19 on the Person County Campus.

The awards were presented as follows: 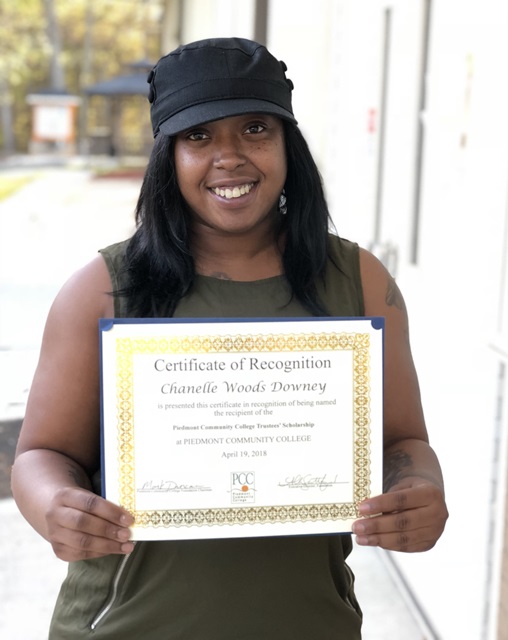 Lewis Michael Radford received the Golden Laurel Award. This award is given to the graduating student in the Associate in Arts Program with the highest grade point average.

Olivia Kafer received the Clio Award. This honor is given to the student with the highest class average in History for the 2017-18 academic year.

Jessica Simmons (pictured below) was awarded the Erasmus Award, acknowledging her outstanding work in a Humanities class and for exhibiting the essential spirit of the humanities: devotion to inquiry, wide-ranging curiosity, and a generous commitment to discussion.

Jessica Kimball earned the Art Achievement Award for the impact she made during art classes, and to the art program in general, by helping others and volunteering her time and efforts.

Candace Smith received the Art Contribution Award. This award is also given to the student who has impacted art classes, and the art program in general, by helping others and volunteering time and effort.

Lewis Michael Radford was given the Outstanding Public Speaking Award. This award is given to the student who has excelled within the subject of Public Speaking ( COM 231 ) as demonstrated by high marks received for all four speaking assessments, adaptability to each speaking occasion, improved vocal and physical delivery, and an understanding of the role of an audience within each speaking event.

Jasmine Wiggins was awarded the Maslow Award, an honor that is given to the student in a Social or Behavioral Science course who has demonstrated a personal quest for self-actualization by pursing his/her personal happiness and fulfillment. 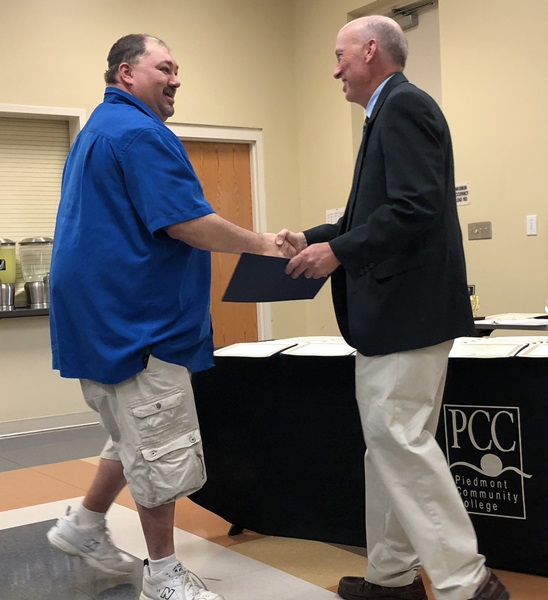 Nicholas Tyler Dunkley received the Excellence in Stem Award, given to a student in the Associate in Science degree program with the highest grade point average.

Bret Barbee and Raymond Durelli received the Stem Momentum Award. This award is given to students in the Associate in Science degree program that demonstrate great effort and promise in the STEM field and has also been recognized by his/her instructor for his/her hard work and diligence.

The following students were awarded the Outstanding Chemistry Award for earning an “A” in Chemistry 151 and holding a midterm grade of “A” in Chemistry 152: Zachary Carver, Raymond Durelli, Kenneth Edwards, Olivia Kafer, Matthew McAuley, and Alaaden Moazeb.

Similarly, Matthew Chaney, Abigail Farmer, Michelle Johnson, Izik Martinez, Brianna Pulliam, and Adriana Zylka earned the Outstanding Biology Award for having an “A” in BIO 111 and a midterm grade of “A” in BIO 122.

Samuel Eason, Bryce Gunter, Alaaden Moazeb, and Brianna Pulliam were awarded the Outstanding Mathematics Award. This award is given to students who earned an “A” in Math 171 and whose midterm grade in Math 172 is also an “A”.

The Pinnacle Award, an honor given to a student who represents the positive attributes of responsible leadership in the Technical and Occupational Programs of study, was awarded to Ismael Amador Altamirano. 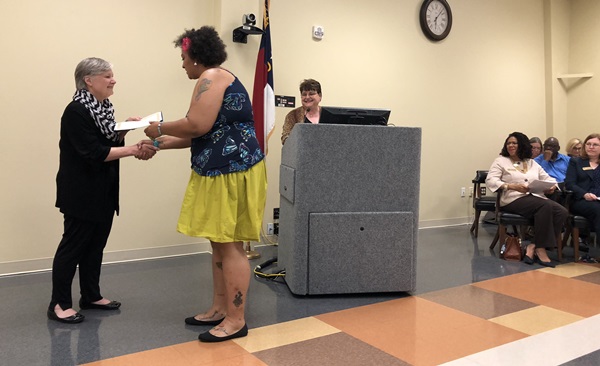 Christina Cavanaugh was honored with the Engaged Student Leader Award for her demonstrated superior service to the campus and surrounding community, through service learning activities, internships, volunteering, and/or leadership positions.

Christine Imrick and James White received the Excellence in Artistic and Creative Expression Award. This award is given to students who have developed their technical skills while placing emphasis on creative and artistic expression.

The 2017-18 PCC Foundation Student Ambassadors were also recognized for their assistance during the academic year. Andrea Alcantara, Ayla Dunn, and Abigail Farmer have committed a year to this honorary service role, serving as public relations support and assisting with College events and functions. Nominated by a faculty or staff member, these students are required to maintain a 3.0 GPA. They each receive a $2,000 scholarship from the PCC Foundation.

Chanelle Woods Downey (pictured above) was named the Piedmont Community College Trustees’ Scholarship recipient for 2018-19. She earned her High School Equivalency diploma at the College and will enroll in curriculum classes this summer/fall. Her essay about continuing school earned her a $1,500 scholarship from the PCC Foundation.

Alisha Hicks-Womack and Lawrence Grey Jackson were both awarded the Library Champion Award. This award is given to a Caswell County and a Person County student who strives to exceed their potential by using the Learning Resources Center throughout their academic journey.

Diane McGinty was honored with the Pacer Leadership Award. This award is given to the student leader in a club or organization who demonstrates outstanding leadership and service to the College community.

Mark S. E. Scott earned the Men of Success Award, an honor given to an active member of the club who has achieved academic excellence. The recipient is required to maintain a cumulative 3.0 GPA.

Brandyn Lowe received the Student Support Services (SSS) TRiO Achiever Award. This award is given to a first-generation college student who has not only been an active participant in SSS-TRiO but also has a GPA of 2.5 or higher.

During the ceremony, students from PCC’s Child Development Center, a five-star daycare for kids ages 3-5, sang “Hello, How Are?”, “Skinnamarink”, “We are the Bears!”