Mayor Merilyn P. Newell will serve as Keynote Speaker for Piedmont Community College’s (PCC) first Women of Distinction Luncheon on Thursday, March 23. The event will be held 11:30 a.m. to 1 p.m. at the Kirby Cultural Arts Complex. The luncheon focuses on the accomplishments of local female leaders who exemplify the vision of the college by being a contributor to their own community and 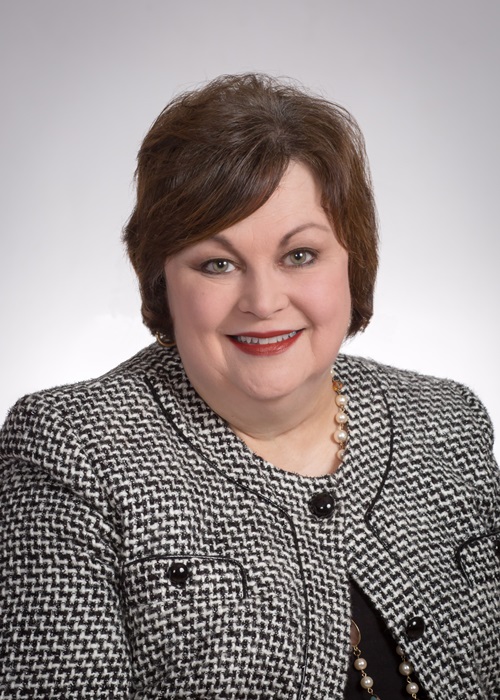 beyond as they make an impact through their work, service, and everyday living. Six women in Person and Caswell counties will be honored for their accomplishments in one of the following areas: Education, Community Development, Business, Healthcare, Community Service, and Volunteer Caregiving.

The PCC Women of Distinction Committee believed that Mayor Newell would be the ideal person to serve as keynote speaker at the event as she embodies many of the characteristics of a “Woman of Distinction.” Mayor Newell is not only a visionary, authentic, innovative, ethical, and a compassionate leader but also an advocate for positive change in the community and an excellent role model for women and girls in both Person and Caswell counties. She has also managed to break some gender barriers and shatter some glass ceilings during her lifetime.

A native of Roxboro, Mayor Newell grew up in the Surl-Mt. Tirzah community. After graduating from Person High School, she continued her education at Appalachian State University and the University of North Carolina (UNC) at Chapel Hill. Mayor Newell began her professional work career at the University of North Carolina Athletic Department, where she was a member of one of the first university-level offices devoted to Sports Marketing – a relatively new field in collegiate athletics in the late 1970s. After 12 years with UNC, Mayor Newell relocated to Atlanta, Georgia where she joined First Union National Bank of Georgia and began what would become now nearly a thirty-year career in banking. From branch manager with First Union to senior marketing officer with Anchor Financial Group in Raleigh to now vice president with Roxboro Savings Bank, her love of working with people has made the lending and financial industry a natural choice. In 1991, Mayor Newell relocated to Roxboro and began working at First Union National Bank.

In 2001, Mayor Newell decided to seek elected office and subsequently became a member of the Roxboro City Council. In 2007, as a member of the City Council, she was appointed by her colleagues on the Council to the office of Mayor Pro Tempore – the first woman in Roxboro history to hold this office.

When former Mayor Samuel B. Spencer decided he would not seek re-election in 2011, Mrs. Newell filed to run for the office of mayor and won. She has been the city’s mayor since that time.

Mayor Newell, a lifelong musician and actor, plays 13 instruments. She is also very active in regional community theater, appearing in over 50 productions throughout the region. It is in the theater where she engages directly with the community’s youth and young adults, encouraging them to do well in school, find their passions and express them.

Both in her professional and private lives, Mayor Newell has a strong desire to connect with her community in a meaningful way. The work that she has done as a politician, a career banker, and community advocate has made a difference in the lives of so many Personians. As the keynote speaker of the Women of Distinction luncheon, Mayor Newell will serve as an inspiration to all in attendance.

For more information, please contact either Allison Satterfield, executive Director of the Piedmont Community College Foundation, at (336) 322-2102 or Allison.satterfield@piedmontcc.edu; or Dr. Joyce Blackwell Johnson, Vice President, Instruction and Student Development at (336) 322-2175 or joyce.johnson@piedmontcc.edu.