Zippay appointed as new PCC board member by Governor

Prior to his term ending, Governor Pat McCrory appointed Robert (Bob) Zippay to the Piedmont Community College (PCC) Board of Trustees. Zippay’s term officially began December 12, 2016 and is set to expire on June 30, 2018. Zippay was appointed to complete the term of former board member Donald Wilson, who resigned from his position in October 2016. 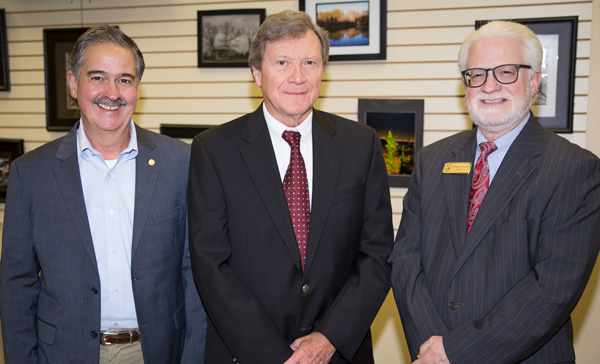 College Board of Trustees, having previously served as the Chairperson for Wake Technical Community College (WTCC) until his retirement from John Deere.

In addition to his extensive educational and industrial background, Zippay has proven to be an active member in his community. He served on the WTCC Foundation Board; Hospice of Wake County Foundation; Deere and Company Credit Union; Dodge County Hospital in Beaver Dam, Wisconsin; Red Cross of Augusta, Georgia; Commission on Aging for Eastern Georgia; Advisory Board, Methodist College Graduate School of Business; and Christian Help Center in Person County, NC. He is also an active member of Concord United Methodist Church in Roxboro, NC.

“The College is pleased to welcome Mr. Zippay to the Board. His background in community college education and industry is a wonderful addition to our team,” said Piedmont Community College President Dr. Walter Bartlett.