Memories and hugs were shared at the “Gala on the Beach” event held in honor of Donald and Becky Wilson on June 18 at the Roxboro Country Club. Friends gathered for this special occasion to recognize the Wilsons for their many years of dedication and service to Piedmont Community College (PCC) and Person County. 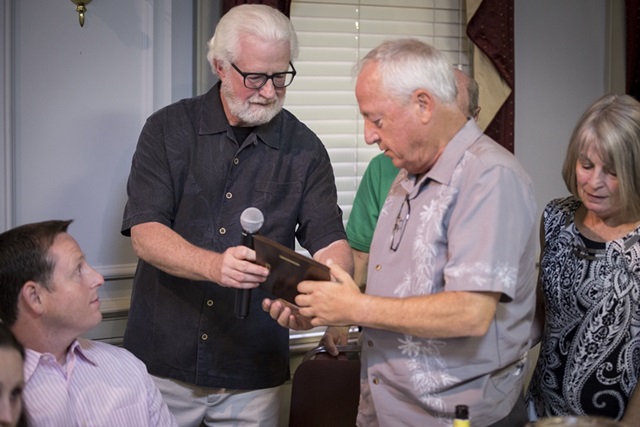 Donald has played an active role at Piedmont Community College for many years, joining the Board of Trustees in 1990, and currently serving as Board Chair. In addition, he has been a member of numerous committees and continues to chair the Finance Committee.

“In his role, Donald assists the College in planning for a future that will best meet the needs of our students and the communities the College serves,” shared, Dr. Walter Bartlett, Piedmont Community College president. “He is a true leader for our institution and we are extremely grateful for his commitment over the years.”

Bartlett also presented a plaque and announced that donations in the amount of nearly $30,000 were raised to create the Donald and Becky Gentry Wilson Scholarship Endowment. The fund will support PCC students in perpetuity.

Bayard Crumpton, Vice Chair of the PCC Board of Trustees, also shared memories of a special friendship with Donald and provided guests with a touching invocation. Kyle Puryear, representing the Person County Board of County Commissioners, thanked Donald for working openly with county leaders in an effort to improve education and economic development in Person County. 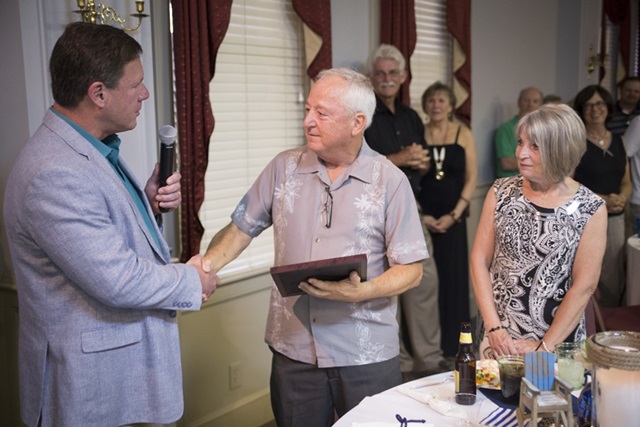 During the event, Representative Larry Yarborough presented Donald with the Order of the Long Leaf Pine award. “The Order of The Long Leaf Pine is the most prestigious award given to civilians by the Governor of the great State of North Carolina and I am honored to present it to Donald Wilson,” announced Yarborough at the event. “Donald Wilson has been a valuable asset to our community. He has always been someone that could be counted on to step up when there was a need and is very deserving of this honor.”

This honor is awarded to persons for exemplary service to the State of North Carolina and their communities that is above and beyond the call of duty and which has made a significant impact and strengthened North Carolina.

The awarding of this esteemed honor was evident as Yarborough recited a list of Donald’s activities in Person County beyond his service to Piedmont Community College. Donald’s service has included: officer of the Roxboro Jaycees before transitioning to the Kiwanis Club of Roxboro for 44 years; active member of the Roxboro Area Chamber of Commerce for 34 years, acting as president in 1988; working member of the Roxboro/Person County Home Builders Association for 25 years, holding the role of treasurer for much of that time; board member of the Person Memorial Hospital; co-founder of Bethel Hill Charter School and school board membership for 20 years.

Furthermore, Donald has a highly respected business, Donald Wilson, CPA, Inc., that was named Roxboro Area Chamber of Commerce Small Business of the Year in 2008.

The “Gala on the Beach” event was organized by Bayard Crumpton, Shady Terrell, Sharon Slaughter, and Joe Weinberger with assistance from the Piedmont Community College Foundation staff, to assist in the creation of an everlasting honor in Donald and Becky’s name. Over 150 gifts were received to establish the Donald and Becky Gentry Wilson Scholarship Endowment. If you are interested in making your contribution, contact the Foundation Office at (336) 322-2105 or mail your tax deductible donation to PCC Foundation, Post Office Box 1101, Roxboro, NC 27573. 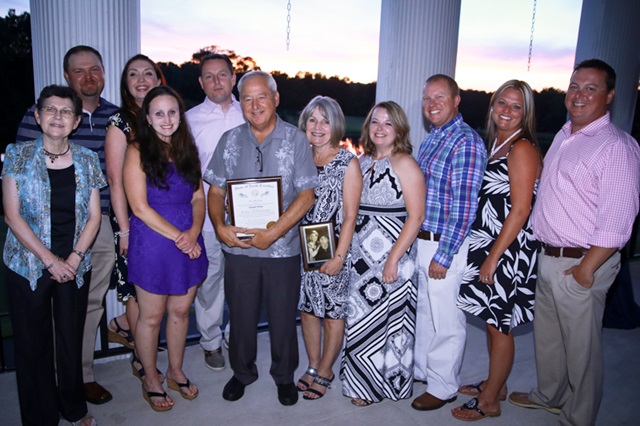