Leona Page Aldridge, born in November 1933 to Oakus and Betty Sue Page, became a Cosmetology instructor at Piedmont Community College (then Piedmont Technical Institute) in 1970. It was there she realize that although Cosmetology became her profession, teaching was her passion. 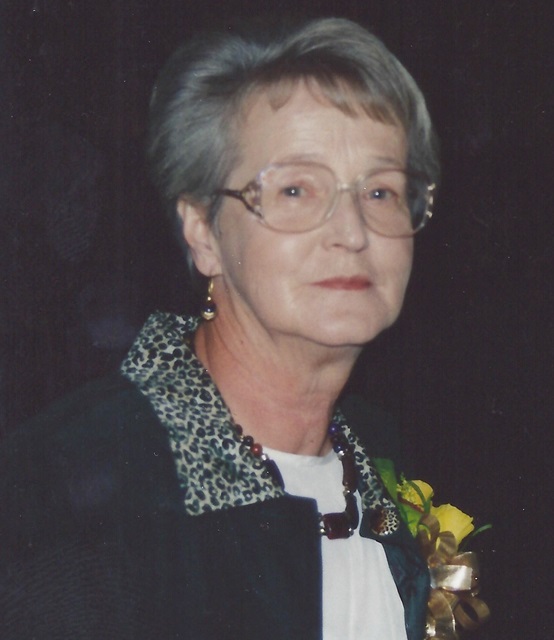 After working 12 years in hosiery mills for Burlington Industries, in 1967 Leona realized the fast paced production work was too physically demanding on her health. With the support of her husband and parents Leona decided to enroll in the Cosmetology program at Alamance Beauty College in Burlington, NC.

For the next 2 years Leona worked 40 hours a week in the hosiery mill and attended school 20-25 hours weekly in the evenings. She recalled that this was one of the hardest times of her life, but Leona believed that an education was the key to a better life for everyone, and so became committed to achieving that goal, one struggle at a time.

After receiving her Cosmetology license in 1969, Leona worked in her own salon and continued her education for an additional year. In 1970 she became a licensed Cosmetology Instructor and joined Piedmont Community College as a Junior Instructor, working in the school’s facility in uptown Roxboro, NC.

Leona quickly became a very dedicated employee of PCC. In its infancy, the Cosmetology program needed an ‘extra push’ to grow; and so, on Saturday’s Leona spent time canvassing Roxboro and surrounding Person County for potential Cosmetology students. The program soon became one of the most successful and popular courses of study at the school, and she became Director of the Cosmetology Department.

For 25 years Leona devoted her professional career to Piedmont Community College. During these years she took every opportunity to continue her education and share her knowledge with the students. Among her cherished recognitions at the College was receiving the Outstanding Employee award in 1983, and The Excellence in Teaching award in 1987.

When she retired in 1995 Leona wrote in her Memoirs of Piedmont Community College: “I truly loved every student I taught. Many had attitude problems, and made it very difficult at times. But I could always forgive them and look for the best in them, and continue to work with those who really wanted to become ‘hairdressers’”.

Leona passed away on March 1, 2015. She leaves behind a legacy of compassion, service to others, strong Christian values, and a love for education.

A scholarship has been established for Cosmetology students at Piedmont Community College to carry on Leona’s legacy, and belief: that an education empowers everyone to make a better life for themselves and those around them.

Donations to the Leona Page Aldridge Scholarship fund are being accepted from former students and co-workers, as well as family and friends. If you are interested in making a contribution, please mail it to the PCC Foundation at PO Box 1101, Roxboro, NC 27573 with Leona Page Aldridge’s name in the memo. For additional information, contact Patti Clayton at patti.clayton@piedmontcc.edu or (336) 322-2105.