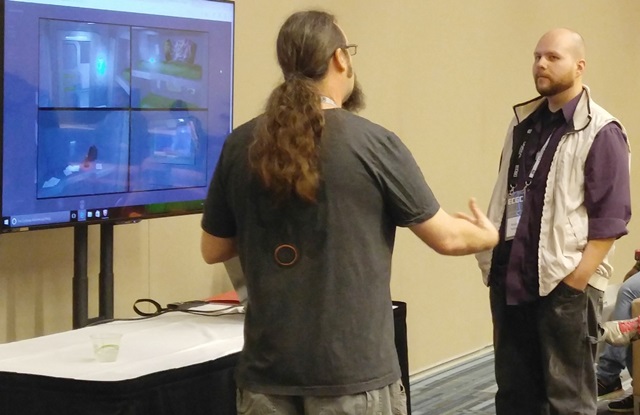 During the conference, students participated in various sessions, including “How to effectively develop a winning resume and portfolio” and “THIS IS NOT A JOB FAIR: How to Network Like a Pro”. In addition, game graphic industry professionals took the time to analyze second year student portfolios. This activity encouraged students to consider new ideas while also re-enforcing the lessons they have learned in the classrooms at PCC.

Warren Spector, video game designer who is best known for his critically acclaimed video series Deus EX, Wing Commander, and Epic Mickey, gave the Keynote address on “Choice Doesn’t Matter”. In 2012 Spector received a Lifetime Achievement Award at the Game Developers Choice Awards and more recently took the position of Director of the Denius-Sams Gaming Academy at The University of Texas, Austin.

Students also heard from Mike Caps, founder of Epic Games, about the resurgence of content creation for virtual reality. 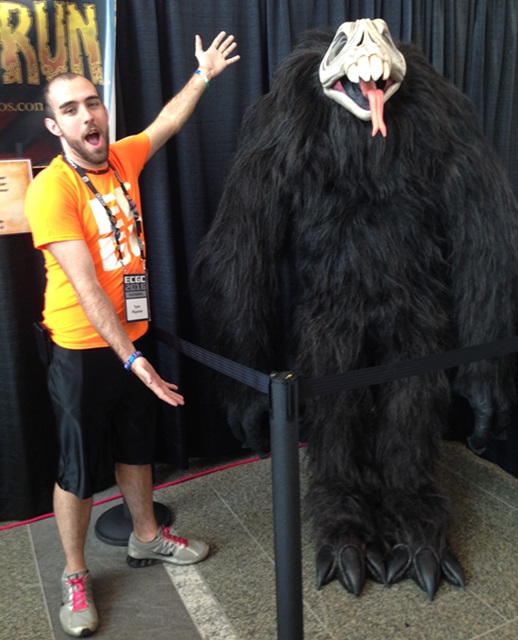 Other presentations were on topics such as art, unreal theater, Indie games, and serious games tracks and included: “Shader Based Cloth Simulation in Tom Clancy’s: The Division” by Tim Curis and Tommy Alvarez from Red Storm Entertainment; “What is Operations Research and What is it Doing in My Game” by Chris Hazard; “Making VR Games and Experiences in UE4″ by Luis Cataldi & Sam Deiter from Epic Games; and “3D Character Rigging: Activity Based Conceptual Learning” by Brandon Crews.

About the East Coast Game Conference
The Research Triangle Park is home to more than 40 companies developing, publishing, or providing technology or services to the video game industry. These companies employ more than 1,100 people directly involved in creating video games, simulations and video game technology.

The Triangle Game Initiative (TGI) was founded in 2008 to support and promote the video game industry in this area. In 2009, TGI wanted to hold a local gathering of the local game developers, and the Triangle Game Conference was born. The organizers were delighted when more than 500 attended. Re-brand in 2010 as the East Coast Game Conference, this event attracts more than 1,500 participants, making it the largest gathering of video game professionals, both in academia and in the industry, on the east coast.

The focus of the conference is to provide video game developers an engaging program and opportunities for networking and collaboration.

About Digital Effects and Animation Technology program at Piedmont Community College
The Digital Effects & Animation program gives you the skills to create animation and graphics for electronic games, television, film, and online media.

Students can earn an Associate of Applied Science degree in Digital Effects & Animation in two years. For more information contact Paula Hindman at Paula.Hindman@piedmontcc.edu or (336) 694-5707 or Chelsea Porter at Chelsea.Porter@piedmontcc.edu. 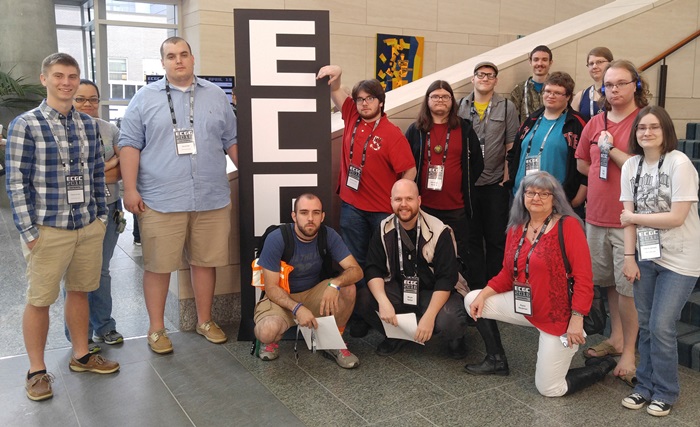