RALEIGH – The State Board of Community Colleges unanimously voted March 30, 2016 to hire Dr. James “Jimmie” C. Williamson as the eighth System President for the NC Community Colleges. Williamson, currently the President and CEO of the SC Technical College System, will begin his new role on July 1, 2016, at an annual salary of $285,000. 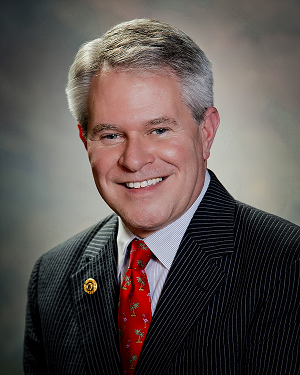 “Dr. Williamson exceeded all of our expectations,” said Jerry Vaughan, chair of the Presidential Search Committee. “His experience brings together business, education as well as workforce and economic development. We couldn’t be more pleased that he will be bringing his considerable talents to North Carolina and to our System.”

Williamson’s two years as the System President in South Carolina have included working with South Carolina university partners to smooth transfer pathways, chairing a special Senate proviso committee to develop a comprehensive workforce development strategy to narrow the skills gap, and working with companies such as Volvo, Michelin, Continental, BMW and more on industry-specific worker training. Additionally, he has been at the helm of South Carolina’s nationally recognized apprenticeship program and was named State Employee of The Year by the South Carolina Association of Regional Councils in 2015.

“One of the things that really stood out for both the Search Committee and the Board was his business experience,” said State Board Chair Scott Shook. “He has been on the educational and training side and on the employer side. That’s a unique combination, and we believe it is one that will benefit our 58 colleges and our state as we work to educate our workforce and to respond to employer needs.”

Williamson has served 27 years in higher education in South Carolina, including 20 in the SC Technical College system, rising through roles from registrar to dean to two college presidencies and then to System President. From 2008-14, he was in a leadership position with Agapé Senior, a healthcare-related industry in South Carolina. While serving in the private sector, Williamson was honored by ASHHRA with the inaugural Gary Willis Leadership Award for outstanding leadership and innovation as a healthcare human resources professional. He is a member of the Residential Care/Community Assisted Living exam construction committee for the National Association of Long Term Care Administrator Boards and has served as a reviewer for several long-term care textbooks.

With a B.V.A and M.Ed. from Winthrop University, Williamson also holds a Ph.D. from the University of South Carolina and has a long history of community service. He served as District Governor of Rotary District 7770 in 2014-15 and has served as a board member of the SC Chamber of Commerce and as a member of various economic development boards. He is former member of the Board of Trustees of Chesterfield County School Board and a former member of the Winthrop University Board of Trustees. He has been honored by Winthrop University with the Alumni Professional Achievement Award as well as the Algernon Sydney Sullivan Award (first awarded as an undergraduate, then as an Alumnus). Additionally, he was named “Citizen of the Year” by the Williamsburg Hometown Chamber of Commerce.

Dr. Williamson and his wife, Kim, live in Cheraw, SC, and have two sons.

The State Board’s Presidential Search Committee was formed in April 2015 and was led by Chairman Vaughan. It included six other Board members – Board Chairman Shook, Jimmie Ford, Wade Bryan Irwin Jr., Board Vice Chair Janet K. Lowder, Edward Lynn Raye and Dr. Darrell Saunders. The committee, which met 18 times during the intervening months, also included non-voting members Lyn Austin, Chair of the Board of Trustees at Johnston Community College and of the NC Association of Community College Trustees; Dr. Garrett Hinshaw, President of Catawba Valley Community College and Immediate Past President of the NC Association of Community College Presidents; and William S. Wellons, Trustee at Fayetteville Technical Community College. The Board signed a contract for $70,000 with an executive search consultant in October 2015 to facilitate the search process.

George Fouts, who became Interim System President on September 1, 2015, will continue in his role until June 30, 2016.

College students across the region present their work in the community Job seekers will find resume and cover letter class, as well as Introduction to Computers, at PCC