The Kirby Rebirth Project won “Best Facade Rehabilitation Project for Over $15,000” and Bruce Wrenn, an RDG board member, was selected as Roxboro’s “Main Street Champion.” 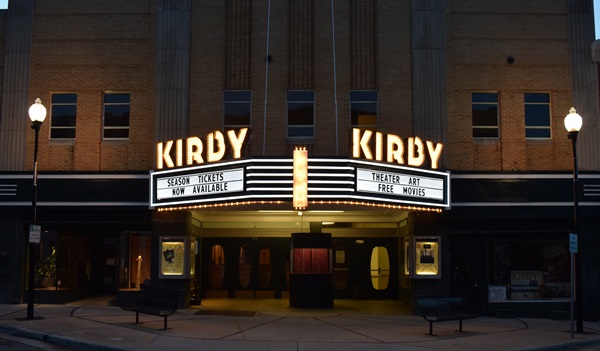 A panel of independent judges selected this year’s winners from dozens of applications submitted by Main Street participants throughout the state.

“We are especially proud of the facade restoration and the new marquee,” Townsend said. “When lit in the evening, the marquee brings Main Street to life.

“Since completion, over 6,500 guests have attended a function on the second floor. The events vary from class reunions to baby showers, birthday parties to weddings, and of course, meetings for local businesses and industries.

The Kirby Rebirth and Uptown Renewal project created a partnership between the City of Roxboro, Person County Government, the Person County Arts Council, Piedmont Community College, the Roxboro Area Chamber of Commerce, the local Main Street program, and the Carver Agency, Inc., just to name a few, according to the nomination for the award.

”Additional relationships were developed as over $355,000 was raised from community members, businesses, civic organizations, and local foundations, making this a true community project…” The award nomination read. “The renovation has also encouraged other local business owners to improve their façades and completely renovate two buildings, allowing three businesses to move to Uptown Roxboro. The block on which the KCAC is located is completely renewed, giving Main Street a beautiful look for visitors.”

Lauren Wrenn (no relation to Bruce Wrenn), said the RDG unanimously selected him as this year’s champion.

“Bruce was the obvious choice for our Main Street Champion this year,” Lauren Wrenn said. “He has really gone above and beyond on so many occasions to help us make Roxboro an even better place to call home. We are truly grateful for his dedication to this community.”