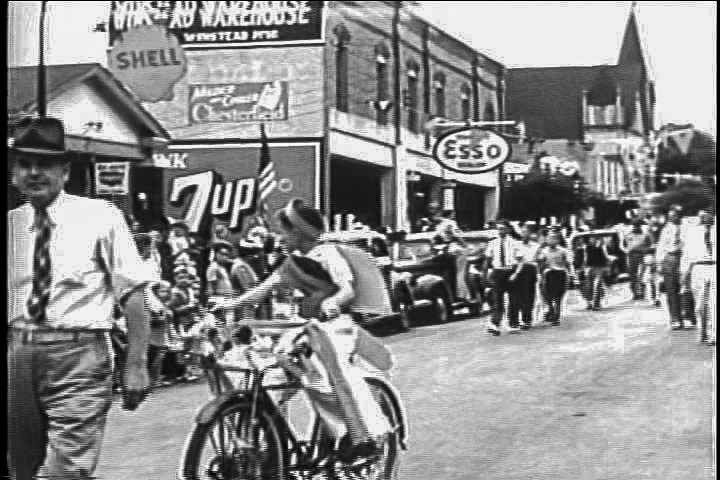 See Roxboro as it was in pre-World War II days when Piedmont Community College debuts “Roxboro Hometown Movies” this Sunday, Oct. 26, at 3 p.m. at the Kirby Theater. This free screening will preview an enhanced version of movies of Roxboro people made from 1936-1942 by Lexington, NC photographer H. Lee Waters.

“Roxboro Hometown Movies” is a new production spearheaded by PCC’s Learning Resources Centers (LRC). It includes narration by Fred Motley, a professional actor; original music by Michael Thompson, a professional musician and instructor; additional photos and sound effects; and identifications of some of the people shown in the films.

“It is fascinating to see Roxboro’s Main Street bustling with people at parades and picnics and even such oddities as acrobats performing on the roof-tops and facades of downtown buildings,” said Bonnie Davis, PCC’s Director of Public Information. “People will recognize many places and probably some faces in these films.”

The production includes three parts: Work, Play, and Social Life, following Waters’ practice of filming local residents as they came to or left work, at school, and in their leisure time. He sold the movies to local theater operators who showed them prior to the main feature. The films were marketed to the public using the slogan, “See yourself in the movies.”

Waters operated a photography studio on Main Street in Lexington for over 60 years. “For most of that time, his work covered the standard range of commercial still photography—wedding, portraits, school groups. But during the lean years of the late Depression, Waters was forced to find a creative solution to his sagging photography business. He hit the road with a 16 mm camera and projector and created over 252 short films that make up a series, “Movies of Local People,” said Ann Fox, a part-time LRC employee who served as editor for the production.

PCC obtained restored copies of the historic films in the late 1980s and began offering them to the public. As a result, people expressed an interest in identifying people shown in the movies. In 2008, Gretchen Bell, Dean of PCC’s Learning Resources Centers, hosted a group that came to be known as the PCC Film Advisory Committee. The group met Sunday afternoons and began identifying people shown in the films. Bell, who retired from PCC earlier this year, spearheaded the effort to produce the enhanced version of the vintage films that included new material and the identifications as a way to preserve Roxboro’s history.

“Gretchen Bell understood the importance of preserving Roxboro’s history and of sharing it with the public,” said Davis. “She devoted much time and effort as well as LRC resources to ensure the completion of the project. “Roxboro Hometown Movies” really are a reflection of her vision.”

Bell showed interest in the Waters’ films decades ago when Tom Whiteside, then a visiting artist at Halifax Community College, tracked down and saved Waters’ vintage films in the late 1980s. Whiteside transferred the old films, some of them in poor shape, to video tape, and PCC purchased copies.

In 1989, Whiteside, then a film specialist with the Perkins Library at Duke University, was able to restore PCC’s original 16 mm films and return them to PCC with the help of a grant from the America Film/National Endowment for the Arts Film Preservation Program. Copies of these films are also on file at Duke University in the Manuscript Department. Throughout the years, PCC has made the films available in public screenings. In 2004, PCC digitized the films and added music and offered them for public sale.

Sunday’s showing is open to the public free of charge. Concessions will be available for purchase.  PCC also will offer a three-DVD set of “Roxboro Hometown Movies” for $45. Future sales of the films will be through the PCC Bookstore on the Person County Campus. 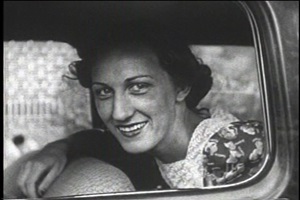 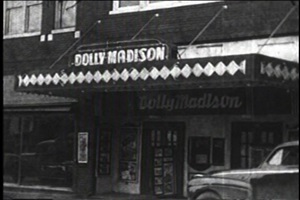 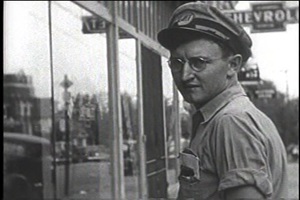